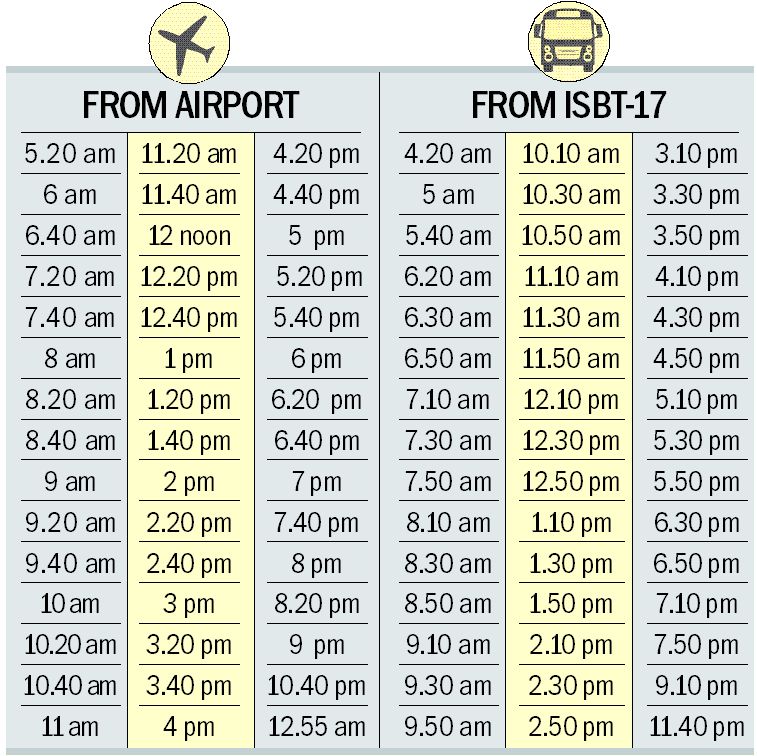 Chandigarh Transport Enterprise (CTU) is quickly going to start out a shuttle bus service between ISBT-17 and Chandigarh Worldwide Airport, Mohali. Bus service shall be accessible with frequency starting from 20 minutes to a most of 40 minutes.

The thought behind introducing shuttle bus service is to enhance the connectivity between Chandigarh and the airport and to offer well timed service to the passengers arriving and departing from the airport. — Dharam Pal, Union Territory Advisor

UT Advisor Dharam Pal mentioned, “The thought behind beginning the shuttle bus service is to enhance the connectivity between Chandigarh and the airport and supply well timed service to the passengers arriving and departing from the airport.”

There shall be a flat ticket of Rs 100 per individual for any stoppage. He mentioned {that a} CTU service counter has been arrange on the airport, which is able to information the passengers relating to CTU’s shuttle bus service and different lengthy distance intercity bus companies.

The counter may even lengthen the power of advance on-line reservation for CTU long-route companies for onward journey of air passengers. Passenger info boards displaying the anticipated arrival time of buses on the airport have been put up on the airport. “CTU has taken this initiative to offer an inexpensive and handy native journey facility for the passengers of the airport,” he added.

Rajat Mishra, a frequent air traveller, mentioned that it was a great initiative of the UT administration to offer economical commute within the type of app primarily based taxis charging round Rs 400 for journey from ISBT-17 to the airport. . The bus service may even profit the individuals who come by them on the airport. Personal autos, as they won’t solely save on their gasoline bills but in addition on the parking prices paid on the airport.

Tanvi Sharma, one other passenger, mentioned that app-based taxi service prices rather a lot as of late and one has to modify to different modes of commuting to save cash. He mentioned that the brand new taxi service offered by Chandigarh Administration would profit commuters like him.

In the meantime, Ajay Jagga, former member of the District Shopper Safety Council, UT, has demanded a shorter path to the airport for residents of Chandigarh and Panchkula and people coming from Himachal Pradesh.

In a letter to the UT administrator, Jagga has requested {that a} shuttle service (could also be an electrical bus) could also be thought of from the unique Chandigarh airport to the brand new terminal in the direction of Mohali. “It will save gasoline in addition to time of passengers, which is being wasted of their journey to Mohali,” he mentioned.